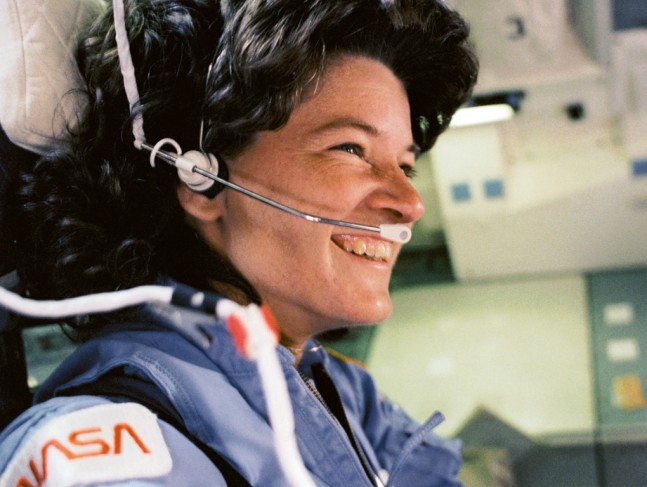 Although most Americans believe that Sally Ride was the first woman in space – in fact, she was not even the second. Photo Credit: NASA

On April 12, 1961, Soviet cosmonaut Yuri Gagarin became the first man to orbit the Earth. Although most Americans associate women in space with shuttle astronaut Sally Ride, the simple fact of the matter is that the first woman to travel into the blackness of space was Soviet cosmonaut Valentina Tereshkova who roared aloft on her Vostok 6 spacecraft on June 16, 1963 – 20 years prior to Sally Ride’s first flight on Space Shuttle Challenger in June of 1983.

Sally Ride was launched on the STS-7, the seventh shuttle mission to take to the skies and became the first American woman, but not the first woman in space. Some had dismissed Tereshkova’s accomplishments because it was said that she had never taken manual control of the spacecraft during the flight. However, Tereshkova had made two attempts to bring the spacecraft into the correct attitude for a simulated re-entry engine firing, which had been scheduled during the second orbit of Vostok 6, but she had failed to do so because, at her own admission, she was not able to reach the controls; consequently, the spacecraft kept drifting from its intended path.

If the automated attitude control had failed, then failure to control the spacecraft manually could have potentially prevented it from accomplishing a deorbiting maneuver. Despite the probability of such a scenario being low, Sergei Korolev, Soviet chief rocket engineer, was reported to have been irritated; apparently, he conversed with her during the 38th orbit. Tereshkova radioed: “Don’t worry, I’ll do it all in the morning.”

Nevertheless, Tereshkova had completed 48 orbits and almost three days – 2 days, 22 hours, 50 minutes – in space, which was more than the flight-time of all the American astronauts, at the time, put together.

Tereshkova’s flight was noted by the Soviet Premier at the time, Nikita Khrushchev, as proof that women were certainly not the weaker sex. It came at a time in the West when women’s roles were beginning to change. However, despite the progress that women’s rights achieved in the sixties – it would take some time for NASA to catch up. 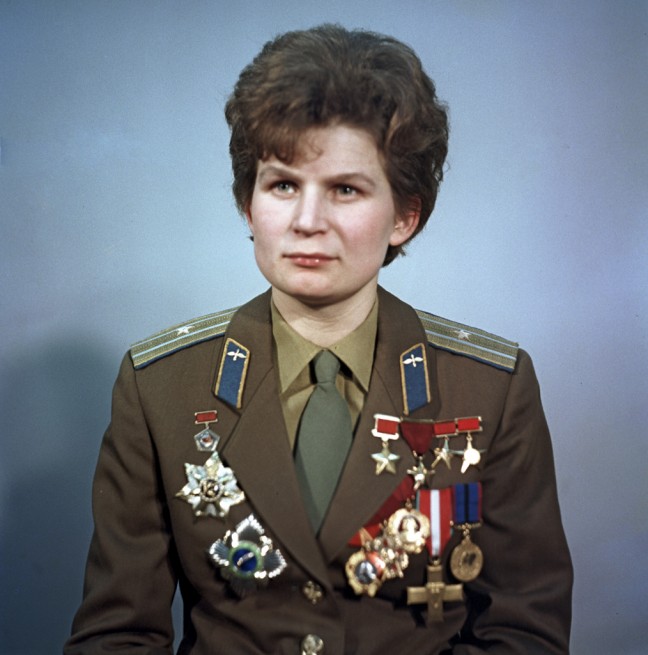 Valentina Tereshkova became the first woman in space during the Vostok 6 mission, which lifted off in June 1963. Photo Credit: Commons / Ria Novosti

Two days prior on June 14, 1963, cosmonaut Valery Bykovsky launched into space in his Vostok 5 capsule and was still orbiting the Earth when Tereshkova launched. Bykovsky returned to Earth on June 19, after 82 orbits and almost 5 days – 4 days, 23 hours, 6 minutes – in space. The two spacecraft were somewhat close at certain points in the mission – approximately three miles (5 km) separating the two.

For the United States, the first man in space was Alan Shepard, who on May 5, 1961, entered into space in his Freedom 7 spacecraft for a 15 minute, 28 second suborbital hop.

In the 1960s, NASA, like most organizations in the United States, was very much a “good old boy” organization run almost entirely by white males. Looking for the first astronauts, NASA put the word out among military pilots that they were looking for those with the “right stuff”, which, at the time, had left women out because there were no female military pilots. The rationale behind the “right stuff” attitude was the primary select-in criterion for military pilots as possible astronaut material: that they were “battle hardened” and, therefore, could be relied upon to keep a cool head under a stressful situation – hence “the right stuff”.

More than 508 service records were reviewed; 110 were found to meet the minimum requirements. This list of names included five Marines, 47 Navy men, and 58 Air Force pilots. Several Army pilots’ records had been reviewed earlier, but none was a graduate of a test pilot school – a key stipulation to be considered. Through more selection and a battery of medical tests, they narrowed it down to seven who would go on to become NASA’s first astronauts and carry out the first flights under Project Mercury – and beyond.

Dr. William Randolph “Randy” Lovelace II helped to design many of the tests used in the selection process of the first male astronauts and helped to create the profile of what was considered to be the “perfect” astronaut. Dr. Lovelace and Brig. General Donald Flickinger wondered that if they applied the same standards, would women also have the “right stuff”. They invited award-winning pilot Geraldyn “Jerrie” Cobb to undergo the same three-phase physical testing regimen, which had been formulated for the male astronauts, at the Lovelace Foundation for Medical Education and Research in Albuquerque, New Mexico. 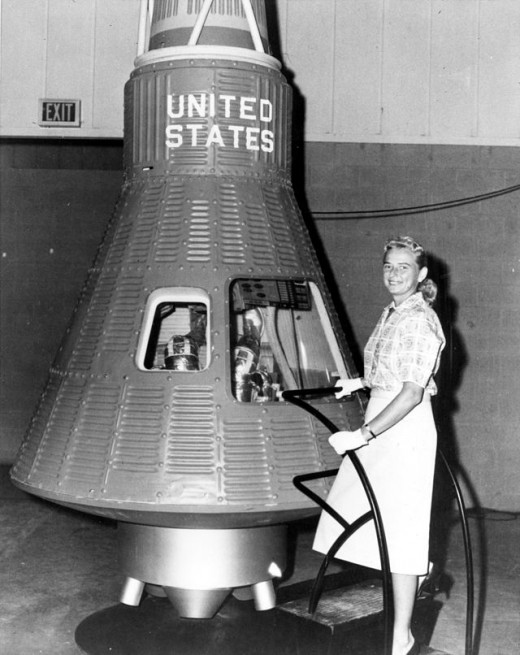 Jerrie Cobb stands in front of a model of a Mercury capsule. Photo Credit: NASA

So in 1960, Lovelace’s Woman in Space Program (WISP ) was started. It was a privately-funded project, sponsored by racing pilot and businesswoman Jacqueline Cochran.

Twenty-five women were selected for the program and that was narrowed down to 13. Known as the “Mercury Thirteen”, the women had participated in and had passed the very same Phase I (only Jerrie Cobb had passed all three) physical and psychological tests that were used to select the original male astronauts.

In his opinion, Lovelace stated that some of these women were, in fact, as much, if not more, qualified as the men that were selected.

So was NASA ready to take women as serious candidates for the astronaut program? “No!”, was the emphatic answer.

There were many excuses given, but some had believed that if a female astronaut were to die during a mission that the public would call for an end to the fledgling space program there and then.

It would be almost 20 years before another woman would return to space.

Despite claims by some politically-motivated individuals in the media, there never was a NASA program to even investigate the possibility of whether women could undergo the preliminary screening processes for astronaut selection. The activity was only a private one advocated by a doctor who was an independent consultant to NASA on astronaut selection.

In 1972, NASA began the Shuttle Program and finally NASA was ready to include women.

NASA set out to recruit new candidates, but found that women and ethnic minorities were not applying. Many said that they had not applied because, after more than two decades of discrimination, they did not believe that the agency really wanted them. 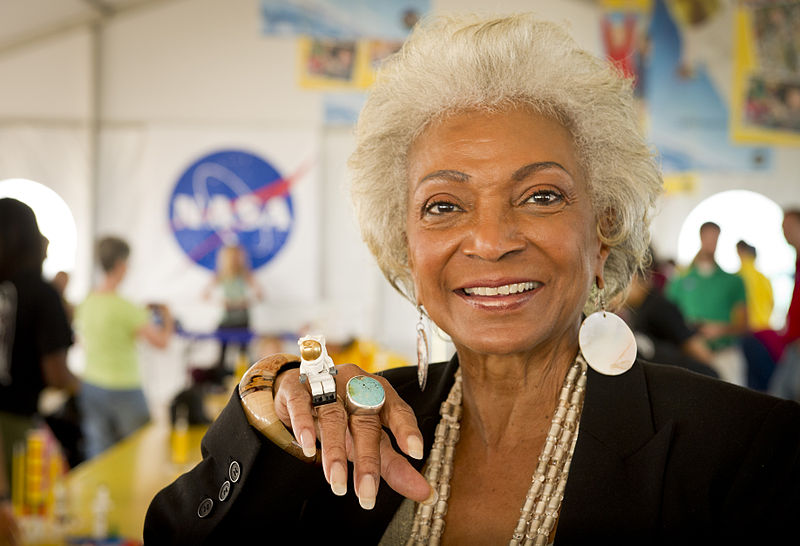 Therefore, in the late 1970s, NASA employed Nichelle Nichols to help recruit female and ethnic minority astronaut candidates. Nichols, an African-American woman, played a leading role on the original Star Trek television show, the part of communications officer “Uhura” aboard the starship Enterprise. It seemed like that she had the “right stuff” and would be a good recruiter – and she was.

Nichols traveled the country, speaking at universities and other educational venues. She encouraged women and ethnic minorities to apply for astronaut positions at NASA. Among those who credit Nichols for their applying to the space agency were Sally Ride and Charles Bolden – the current NASA Administrator. About 12,000 people had applied for “Astronaut Group 8”, which was whittled down to 35 people. The Group 8 would be the first astronaut group to include women (6 in total). 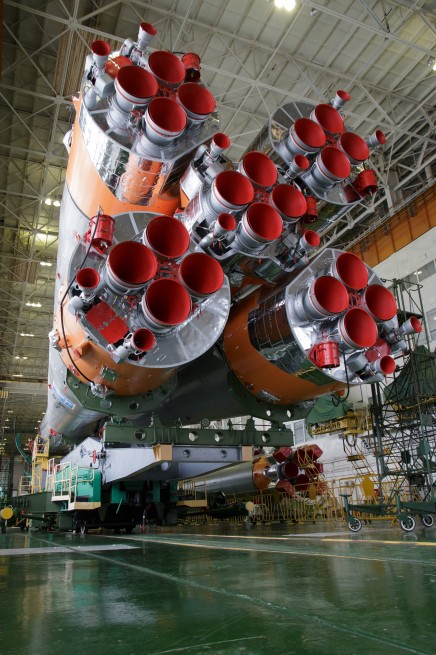 The Soviet Union, later Russia, looked to have had the lead in terms of equality; however, the nation has only launched a handful of female astronauts since 1963. Photo Credit: Bill Ingalls / NASA

NASA had selected all six as their first female astronaut candidates in January of 1978, allowing them to enroll in a training program that they had completed in August 1979. They all went to space and contributed, or are still contributing, to the space program today. Among these first six women included a few “firsts” in terms of space exploration:

Shannon Lucid: The first American woman to make a long-duration spaceflight and the first mother to be hired as an astronaut.

It looked as if the Soviet Union (now Russia) would be the leaders of equality in space, but that was not to be. Since these two women, Russia has only had two additional female cosmonauts.

Russia and the United States are not alone in including women in their space exploration efforts.

Other nationalities have also sent women to work in space; these include: China (with 2), Canada (2), United Kingdom (1), Japan (2), France (1), Republic of Korea (1), and Italy (1). The United States is currently in the lead in terms of incorporating women into its crews with 60 astronauts, and also it has more women that are in training.

Overall, women account for only about 10 percent of the overall people who went into space, but they have made a lasting impact on the roles of human space endeavors and have proven Dr. Lovelace’s assertion that women may also have the “right stuff”.

As the United States gets away from relying on Russia to provide “manned” or should we say “human” transport to space, the number of astronauts and women going into space will rise. 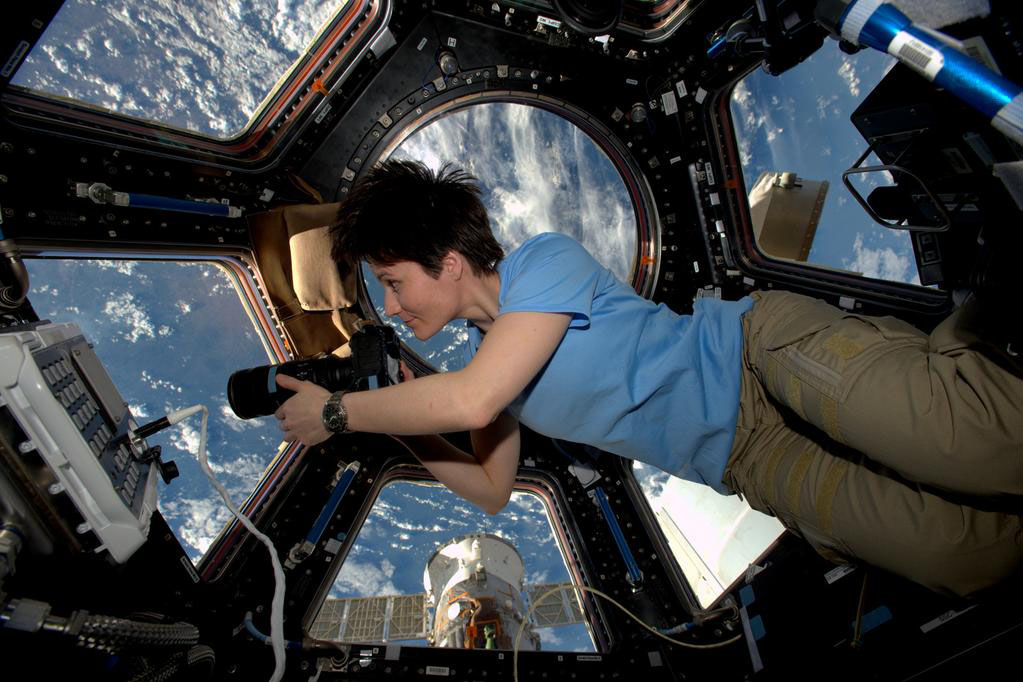 Today, Samantha Cristoforetti is an integral part of the Expedition 43 crew. Her presence there is viewed as nothing out of the ordinary. Photo Credit: NASA