WOMEN IN SPACE: NICOLE STOTT – MORE THAN 100 DAYS ON ORBIT 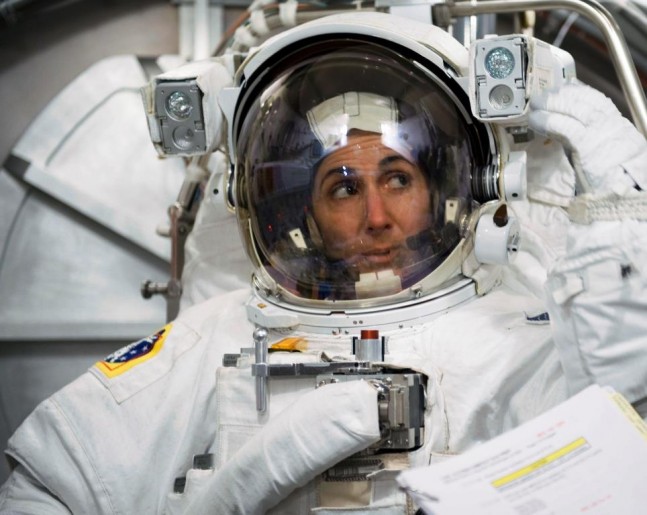 Having flown to space twice, Nicole Stott has spent more than 100 days on orbit. She spoke with USA in Space and SpaceFlight Insider about her experiences during a recent interview. Photo Credit: NASA / JSC

We interviewed Dr. Nicole Marie Passonno Stott, an American engineer and a NASA astronaut with more than 100 days of space experience. Dr. Stott joined NASA in 1988, as an Operations Engineer in the Orbiter Processing Facility (OPF) at the Kennedy Space Center (KSC), Florida. In July of 2000, she was selected as a mission specialist and started astronaut candidate training in August of 2000, as part of the NASA Astronaut Group 18 training group, nicknamed “The Bugs”.

Dr. Stott is a veteran astronaut with three Shuttle flights – STS-128 (up), STS-129 (return), and STS-133 – and two Expedition long-duration missions (Expedition 20 and Expedition 21) on the International Space Station (ISS). She was the last ISS Expedition crew member to fly on a space shuttle when she returned to Earth aboard STS-129 in November 2009.

Nicole Stott credits her father for her passion for aviation. Her father loved flying and they hung out at the airport every weekend while her father worked on his latest airplane project. 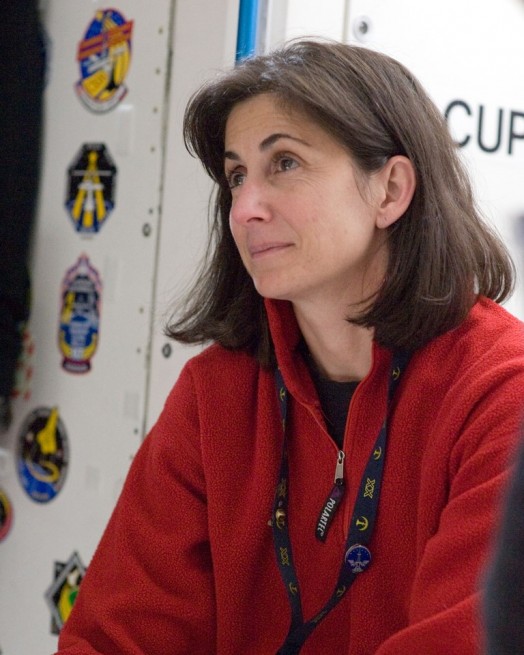 In 1988, while working at NASA, she watched candidates go through the astronaut program, but still did not see herself as an astronaut. People at NASA encouraged her to apply for the program and to her surprise, in July 2000, she was selected. She says she can’t believe that she was selected saying,
“I pinch myself every day.”

In 2006, as part of her astronaut training, Dr. Stott took part in a six-aquanaut crew mission called NEEMO 9. NEEMO is NASA’s Extreme Environment Mission Operations. “The longest Nemo mission ever, I think. It was awesome,” she said with delight. Dr. Stott thoroughly enjoyed this underwater training experience. As part of the NEEMO 9 training mission, they spent 18 days of underwater living aboard Aquarius – an undersea laboratory stationed about 60 feet (18 m) down just off Key Largo in the Florida Keys.

Dr. Stott said, “It was the best preparation for going to space.” She further explained that once you are down there, you have to be very thoughtful of what you are doing, and that you can’t just open the hatch and walk out and go to the surface (without a long decompression). “You learn the dynamics of living and interacting with a crew in a confined living space.” They tested and trained on undersea “moonwalks” and robotic surgeries controlled by a doctor high and dry in Canada. Just before “splash-up” (the term for returning to the surface), Stott told fellow aquanaut Ron Garan, “You know, if we never get to fly in space, this experience would be enough.”

On 28 August 2009, Dr. Stott and her fellow crew members launched from Kennedy Space Center (KSC) Launch Complex 39A (LC-39A) on her first space flight as a Flight Engineer on board STS-128 (an ISS assembly flight 17A). This was a NASA Space Shuttle Discovery mission to the International Space Station (ISS).

Stott and her STS-128 crew-mate, John “Danny” Olivas, performed a spacewalk or EVA (extravehicular activity) to prepare for the replacement of an empty ammonia tank on the station’s port truss, or backbone, by releasing its bolts. They retrieved a materials processing experiment and a European science experiment mounted outside the Columbus laboratory and stowed them in Discovery’s cargo bay for their return to Earth. The total duration of the walk was 6 hours and 39 minutes. Stott says that it was “neat” to see the station from both the outside and from the inside. She also enjoyed being inside while others were spacewalking. She loved hearing them “clanking around” as they moved along the hull of the station. 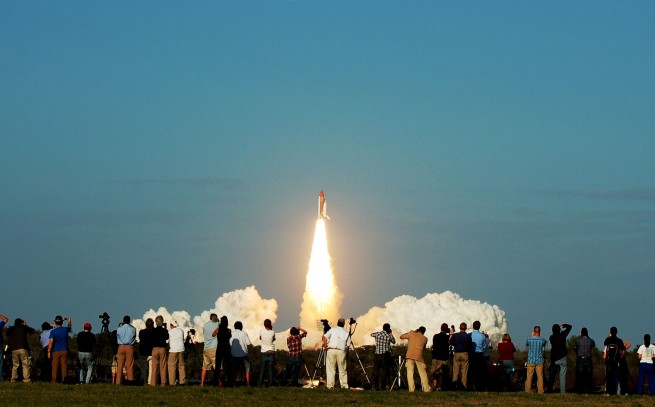 Stott lifted off on the Space Shuttle Discovery as part of the crew of STS-133. Photo Credit: Jason Rhian / SpaceFlight Insider

During the August 2009 flight, Stott and her Expedition 21 crew-mate, Jeff Williams, participated in the “First Tweetup in Space ”. It was not the instant Twitter most of us use every day; it was more of an e-mail process, a much slower and more labor intensive process. The process involved e-mailing down the tweets on whatever downlink time they had, and then it required the help of ground personnel to relay the information – tweeting it out. She returned home on Space Shuttle Atlantis (STS-129) after 90 days and 10 hours in orbit.

On February 24, 2011, Stott returned to space on STS-133 (an ISS assembly flight ULF5). It was the 133rd mission in NASA’s Shuttle program and Space Shuttle Discovery‘s 39th and final mission. During the 12 day, 19 hour mission, the Space Shuttle Discovery docked with the International Space Station. Along with other supplies and equipment, this flight carried the humanoid robot Robonaut 2 (also known as R2).

Dr. Stott said that spending so much time on the station on her prior mission, made the second mission, as a mission specialist, “a return home”. It allowed her to spend more time enjoying the view. Her fond memories of this mission included being on the flight deck during launch and landing. Being able to see out the windows made her more connected with the experience than when previously sitting at the mid-deck. 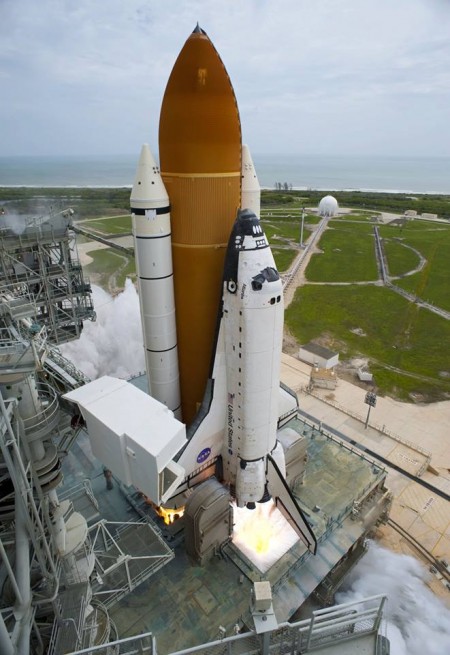 Stott was a mission specialist on the final flight of Discovery, STS-133. Photo Credit: NASA

Dr. Nicole Stott is married with a one 12 year old son, who has “a lot of attitude”. His name is Roman. She says Roman “gets it”, he understands that his Mom is out there doing cool stuff in space. Dr. Stott has participated in a number of class programs and, when speaking to her son’s class, her son would take over and tell the class what she did, sometimes, according to Mom: “… better than me!” Dr. Stott seemed to really enjoy seeing how much he understood of what his Mom was doing. So will we see Roman Stott in space someday? Maybe, if they need a veterinarian in space (his current interest). She would love to see him go into space if that is what he wants to do.

Dr.Stott hopes that the United States will “take it to the limit” with the space station and that we need to be living on the Moon someday: “[T]he Moon is like our own little personal space station, perfectly placed there for us. We should take advantage of it […], there is no reason that we should not be living underneath the surface of the Moon.” She hopes that today’s children, like Roman, will be able to experience walking on the Moon or Mars. “We need to continue our human pursuit of space.”

Dr. Stott is still on active status supporting the space station operations and working the Commercial Crew Program, and also helping out with Orion landing and recovery. As part of her work on Orion, she attended the Orion Test Launch at the Kennedy Space Center on Dec. 5, 2014, and said, “It was beautiful.”

She hopes someday to bring along the family and come to visit the Space Shuttle Discovery in its Washington area home at the Steven F. Udvar-Hazy Center, Smithsonian National Air and Space Museum in Chantilly, Virginia. When she does, we hope we will be able to spend more time with this very amazing woman and veteran of space flight. 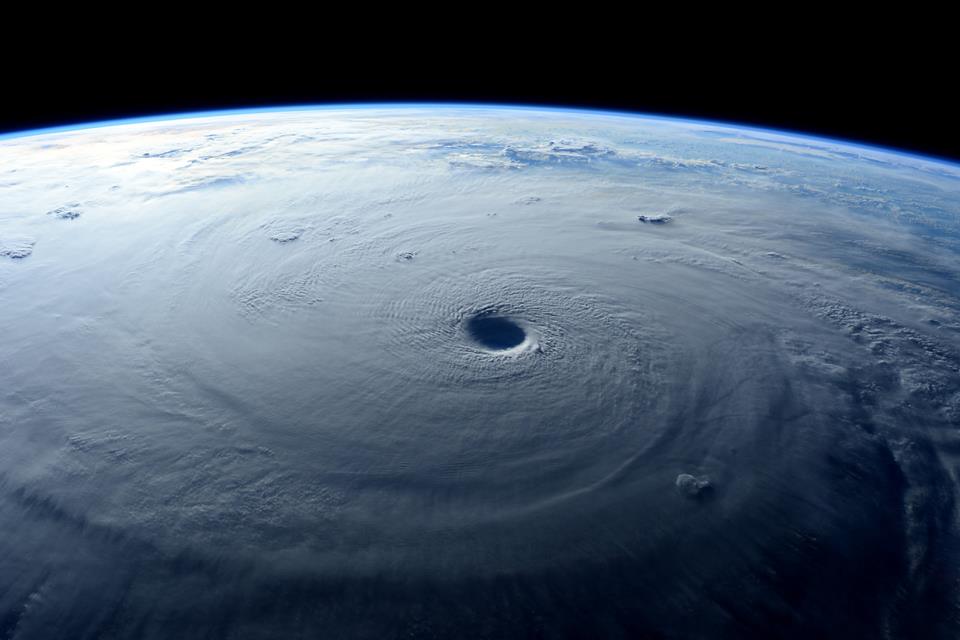 Stott has so far spent more than 100 days on orbit, as part of shuttle and Expedition crews to the ISS. Photo Credit: NASA