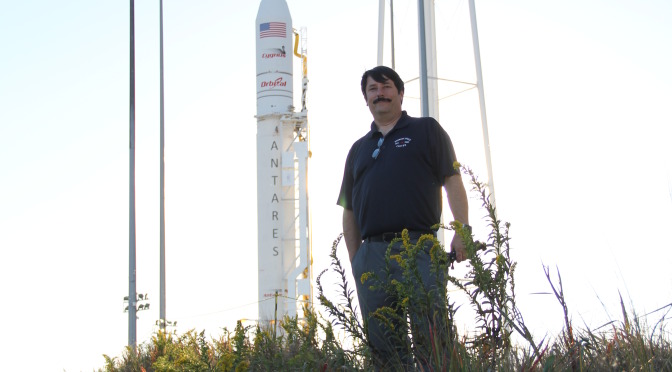 JD Taylor is writer, photographer, videographer and member of the National Press Photographers Association (NPPA). He is the founder and operator of USA in Space, a Washington, DC area base space interest web and twitter reporting sites. JD also contributes to USinSpace’s affiliated partner SpaceFlight Insider, a professional reporting organization covering reports on events taking place within the aerospace industry throughout the United States and the World.

JD is a longtime space enthusiast and was the Military Liaison officer of the Maryland Alliance for Space Colonization (MASC), one of the most successful chapters/affiliates of the L5 Society. He is a NASA Social alumni and a member of National Space Society (NSS).

JD was recently interviewed on CNN’s New Day as a space reporter along with Miles O’Brien by Alisyn Camerota. He was present at KSC for the first US Space Shuttle launch of Columbia STS-1. He attended the KSC launch of the SpaceX CRS-3, the Wallops Island launch of the Orbital Sciences Orb-2 CRS Mission and the failed launch of Orb-3. He attended the 2001: A Space Odyssey panel discussion at Wolf Trap on Mars with Astronaut Buzz Aldrin, NASA Administrator Charles Bolden, NASA Deputy Associate Administrator for Communications Bob Jacobs, and National Symphony Orchestra conductor Emil de Cou. He attended the 20-year lease announcement of the historic KSC launch pad 39A to SpaceX. He also covered the arrival of the Space